Over the past several months, media headlines have been awash with dire warnings of a looming corporate debt bubble that is about to burst. Some of the more provocative headlines include:

From the perspective of Austrian Business Cycle Theory. this post will explore the questions of whether there really is a corporate debt bubble — and, if there is, when we can expect it to burst. But first, let’s define corporate debt.

According to Federal Reserve Statistical Release Z.1, Financial Accounts of the United States, the non-financial “corporate business debt” sector consists of all private for-profit domestic non-financial corporations. S Corporations, which have 35 or fewer stockholders and are taxed as if they were partnerships, are included in this sector. Corporate farms are also included. Holding companies and equity real estate investment trusts (REITs), which are considered financial businesses, are excluded from this sector. 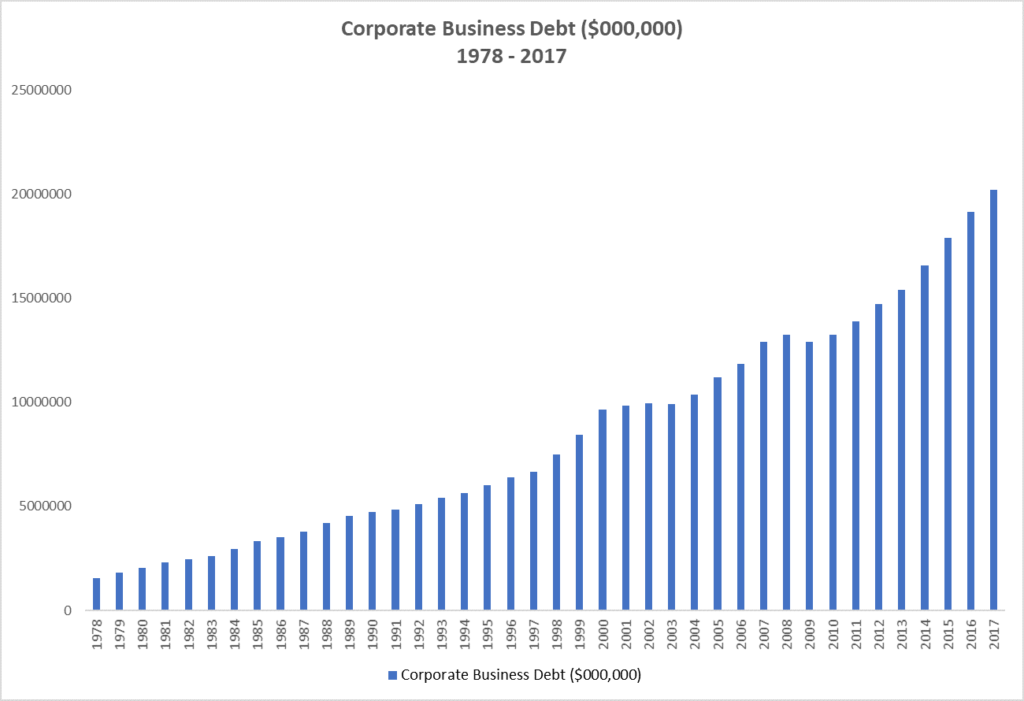 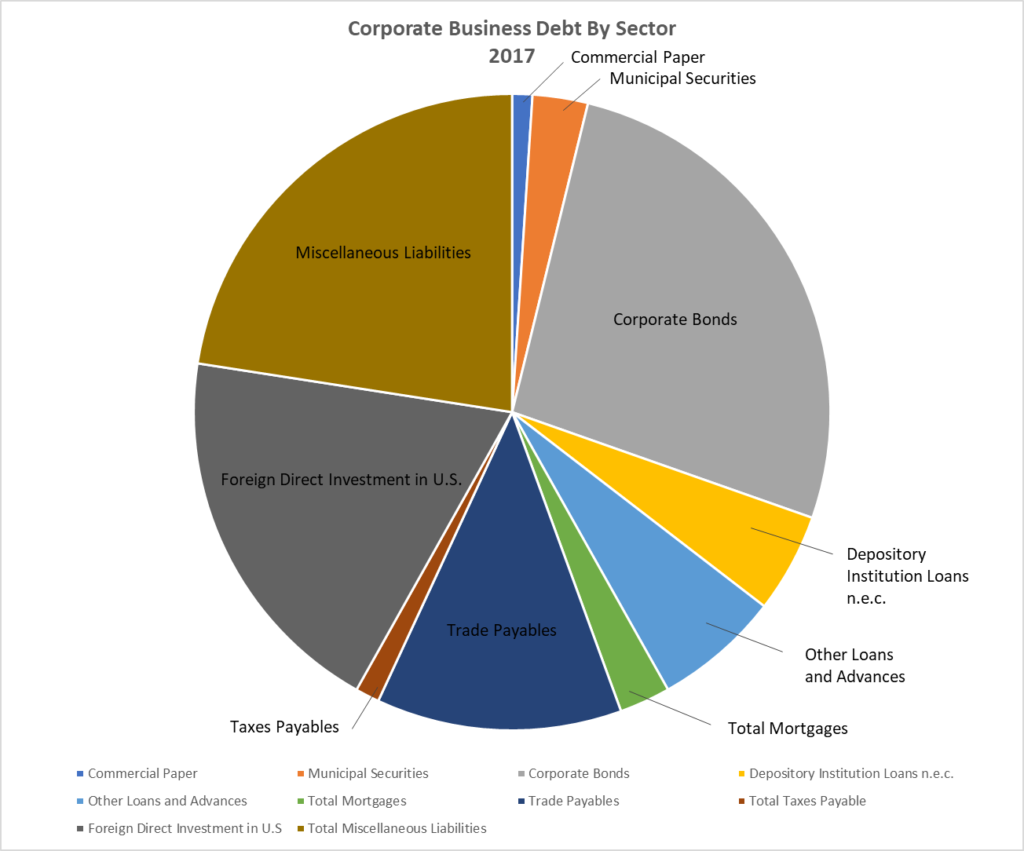 Companies in this sector are not necessarily small, but they generally do not have access to the debt securities markets like companies in the corporate business debt sector and thus rely on loans from commercial banks, trade credit and other credit providers for funding. 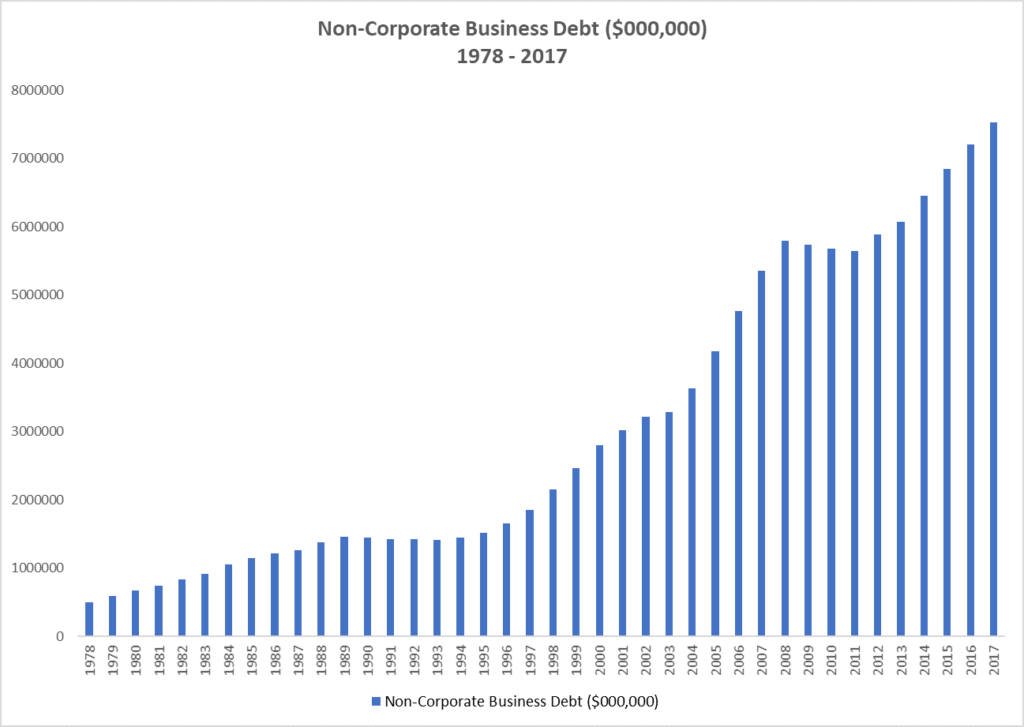 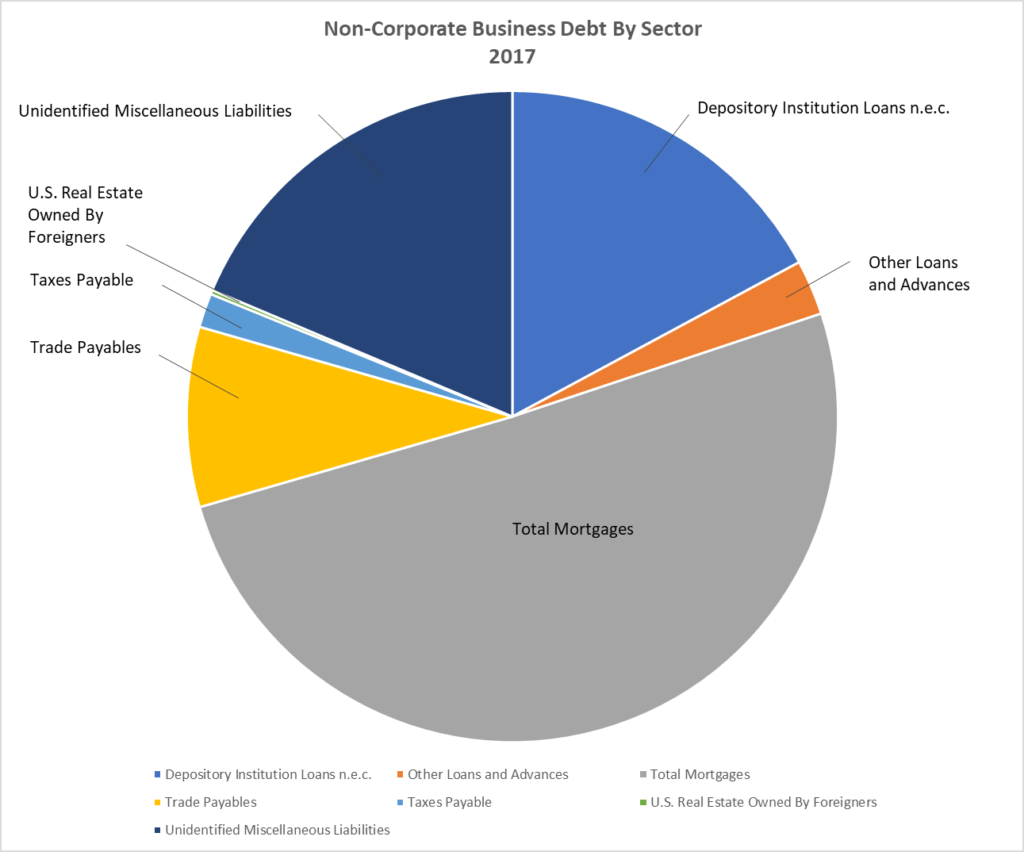 Followers of the Austrian School of economic thought and regular readers of RealForecasts.com understand that changes in monetary policy by the Federal Reserve System’s Federal Open Market Committee (FOMC) and the resulting rate of change of U.S. Base Money, Commercial and Consumer Lending and the Money Supply can be used as leading indicators to accurately forecast changes in the economy, financial markets and real estate markets. (See, Does The Federal Reserve Really Create The Boom/Bust Cycle?) Therefore, to determine whether there is a corporate debt bubble that’s ready to burst, it’s helpful to look to changes in the rate of growth of the Austrian measure of the money supply, also known as the True Money Supply or TMS.

At the end of 2017, the True Money Supply totaled $13.1 trillion, an increase of $8.0 trillion from the cyclical low of $5.1 trillion at the end of 2006. (See Figure 7.) This reflects an astounding 156.9% increase over that 11-year period. To put that into perspective, TMS increased from the cyclical low of $3.0 trillion in 2000 to $5.1 trillion in 2006, an increase of “only” $2.1 trillion or 70% during the height of the most recent housing bubble. Is it any wonder that we’ve seen such exponential increases in asset values since the institution of Quantitative Easing? 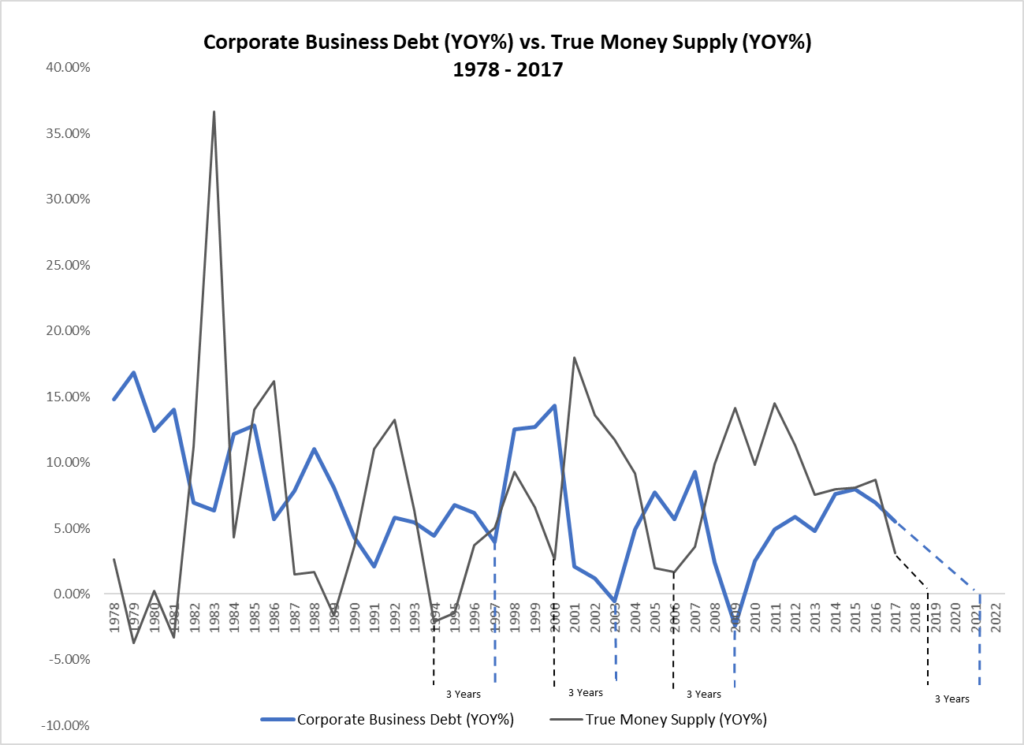